Skids are a way to group items to ship together across multiple orders/invoices.

You can go to the invoice/ship screen of any order, scroll down to the bottom of the page and click the blue Add To Skid button to add an order line item to a skid. 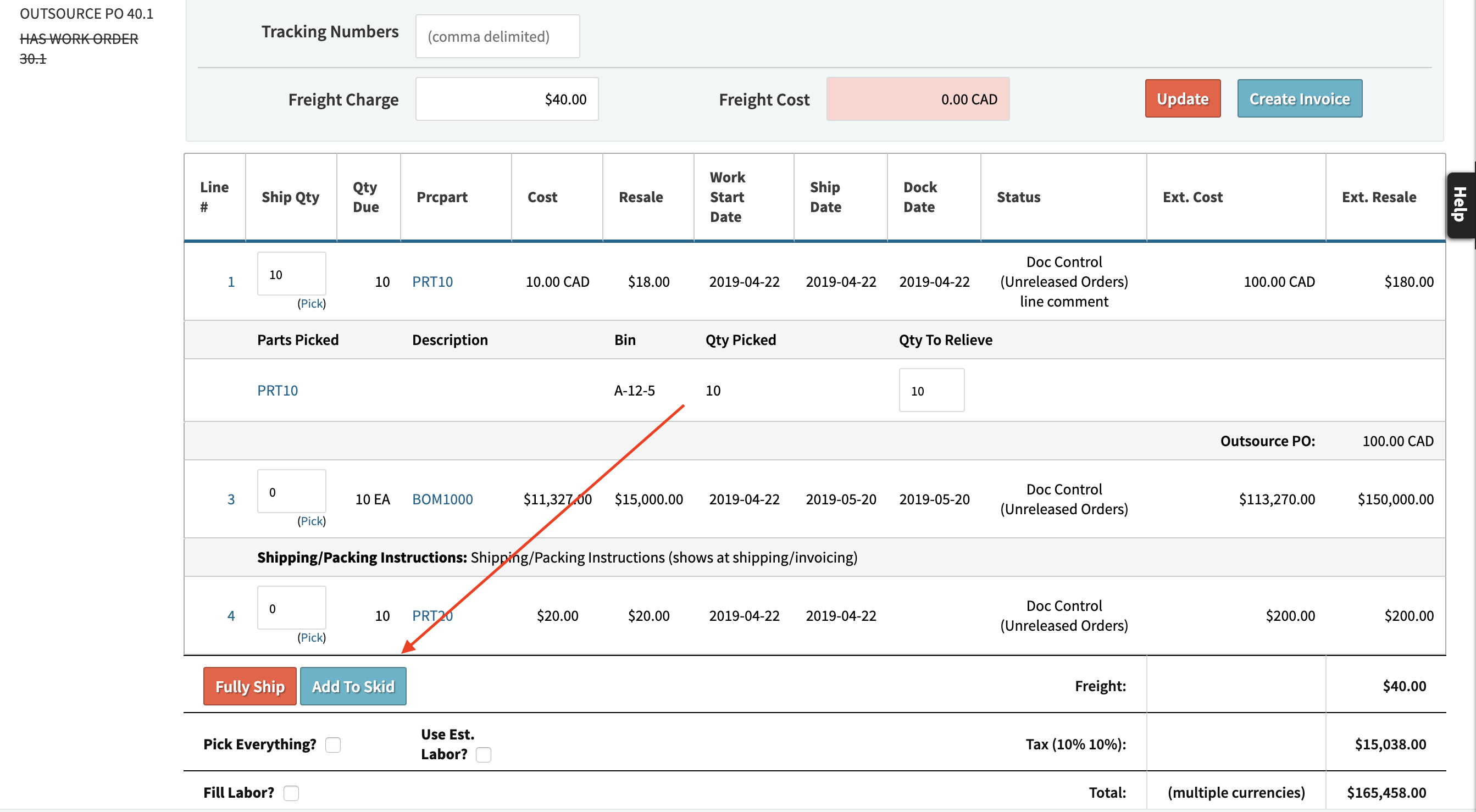 From the Skid screen, you can group multiple lines/qtys of any part on any open order in the system onto a single skid, and you can have multiple open skids at the same time.

With skids, you can assign all of the different groups of customer items queuing up to ship, even if they are on separate order/invoice line items! You can set them on the skids (i.e. pallets/trucks) in Cetec ERP according to the physical skids/pallets the items are going out on, and report on those with the Skid list.